Our Day Alone in a Natural Wonderland. 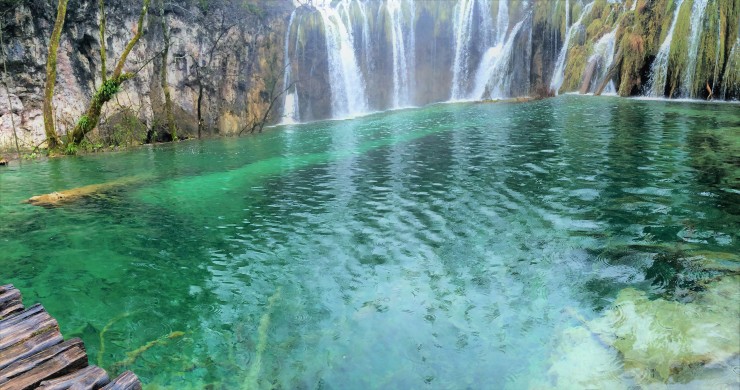 The Plitvice Lakes belong on any bucket list for those interested in seeing the best and most beautiful of what nature can assemble. Located in Central Croatia, they are one of the more unique places we’ve ever visited. When you do a Google Image search for Plitvice, you’ll see images that would blend right in with pictures of Rivendell from the Lord of the Rings, with lush greenery, beautifully clear pools of water, aesthetic bridges and waterfalls galore. It’s truly an otherworldly paradise.

Our trip to the Plitvice Lakes, however, did not look like that, exactly.

We rented a car and embarked on the roughly 2-hour drive from Croatia’s capital city of Zagreb to the Plitvice Lakes. It was early December, and we had densely clouded grey skies, fog and rain to contend with in addition to the cold temperatures. Still, we had confirmed online that the Plitvice Lakes were open and we set out hoping we’d get lucky and the weather would improve.

We were not lucky.

When we arrived at the checkered flag on our GPS, marking the entrance of the Plitvice Lakes, we were convinced it was actually closed. I had visions of “Vacation” as we were one of only two cars in the entire main parking lot. Further, there was quite a bit of construction – the kind of construction normally done when parks are closed. We talked about just heading back, as we couldn’t find a single person or even figure out how to get to the park entrance. It was wet, cold, gloomy, and we were justifiably frustrated. At the last moment, we ended up crossing the street, finding a ticket office, and instead of an animated moose explaining that the park was closed, there was an elderly gentleman that sold us a couple of tickets and handed us a map of the park.

After a few minutes consulting the map, we began our hike through the fog toward the main lakes. I was glad the park was open but also disappointed and a bit pouty that I wasn’t going to see this bucket list place of natural beauty in all of its glory. All those thoughts like “when will I ever make it back here” and “I can’t believe I travelled all the way to Croatia to look at fog” were running rampant in my head and weighing me down. Even at the first view point, looking down at the lakes and at one of the larger waterfalls, I was having trouble appreciating the beauty and could only focus on how much better it must look on a clear day.

There was, however, one component of this experience I wasn’t fully appreciating…yet: the fact that we were basically the only two people in the entire park. During the 5-6 hours we spent walking, hiking, and boating through the grounds, we saw a total of 8 people. On the brochure I received with our tickets, I read that well over a million tourists visit the Lakes annually, and on summer days 11,000+ people can visit in a day! I would later do a little Google research and discover that the bridges get so crowded that people are knocked into the water and that it can take 5 hours to do a 3 hour hike due to the slow moving human traffic along the paths and bridges. Further, some of the pictures and accounts of the lines to take the boat ride across the lake, which is included in the ticket price, were staggering. Worst of all, the steady flow of visitors can make it difficult if not impossible to simply stand, or sit, and soak in the beauty of the surrounding.

We were two of 5 people on the boat. There are no tourists in our pictures. We sat undisturbed on the footbridges in front of the best waterfalls for as long as we wanted. We literally had this beautiful paradise all to ourselves. If we weren’t already married, this was a proposal paradise!

In addition to the elbow room, I started to really appreciate the lens I was getting to see this unique park through. While the fog and grey backdrop certainly wasn’t the picture of Plitvice I had seen a hundred times leading up the trip; it was, in its own way, quite wonderful. Now, I realize I’m probably just rationalizing in attempt to make the best of a disappointing weather situation, but the fog and drizzle and clouds and solitude really did give the place a very mystical and adventurous feel. We could still see and appreciate the color and clarity of the water, the splash from the full-flowing waterfalls blended seamlessly into the mist, and exploring the park alone and at our own pace really became a very peaceful and even spiritual experience. Our pictures weren’t as colorful or amazing as what you see online, but as you can see, we could still appreciate the full magic of the Plitvice Lakes.

The bottom line is there is no bad way to see the Plitvice Lakes. They absolutely belong among Europe’s best National parks, landmarks, hikes, walks, or whatever other travel category you want to consider. 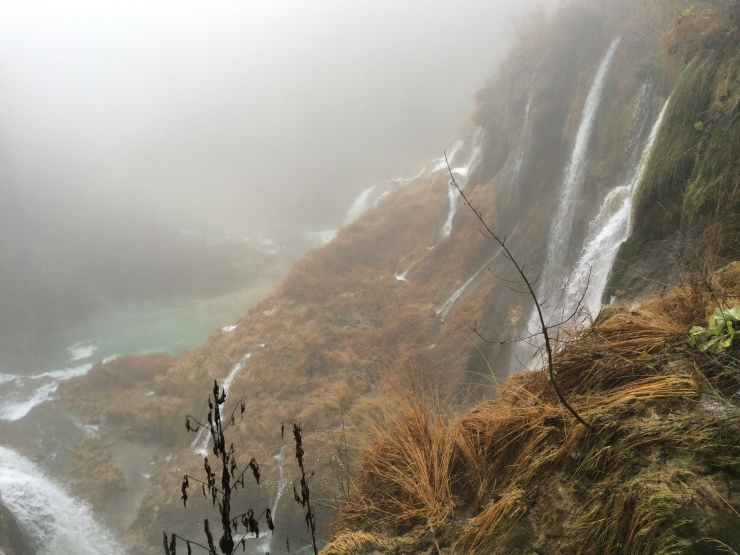 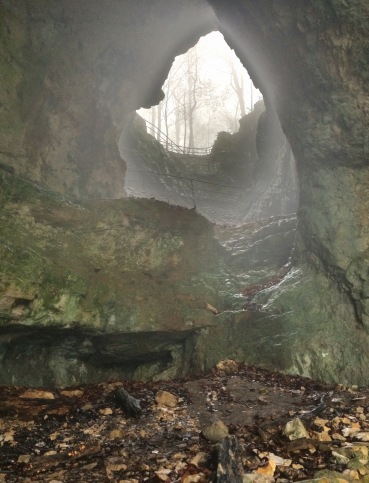 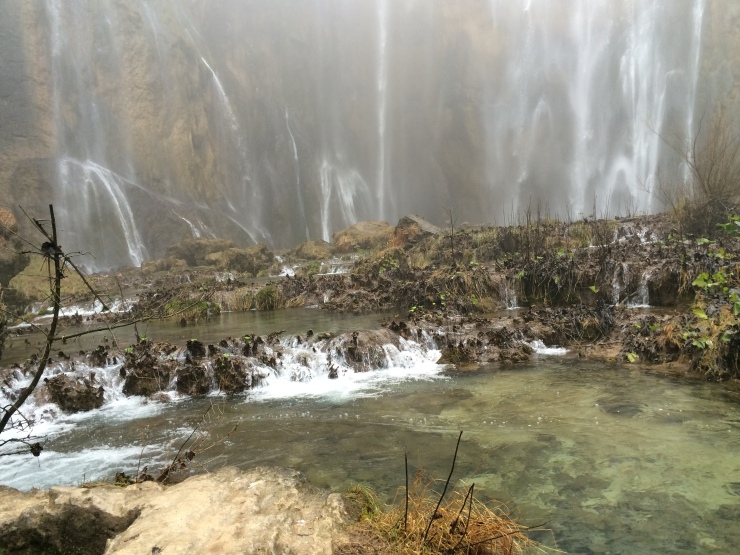 –          The Plitvice Lakes are huge, with lots of different hikes and vistas and multiple entrances into the park. Do some research ahead of time and make sure you set out on the right path to see the views and parts of the park that look the best to you.

–          We entered at Entrance One, since it’s the closest to both the largest waterfall and one of the more waterfall dense viewpoints. Feel free to hike around the lake, as there is both a boat and a train that can shuttle you across the lake and back to the entrances.

–          This is Europe, meaning, less accountability on companies, government, and organizations to prevent people from being stupid. There are no handrails on the bridges around the park, and the bridges are uneven. Don’t trip, and don’t blame the park if you do trip or fall-in.

–          As with every destination in Europe, be sure to check hours of operation before making your plans.

–          There really aren’t any quality hotel options near the park, so plan on driving in/out of the lakes from Zagreb, Zadar, or even Split. You really don’t need more than a day here anyway. I recommend skipping the main months of July or August, and even on the “shoulder” months be sure to get their early in the morning to beat the worst of the crowds.

–          As always, we highly recommend driving yourself versus going on a bus or with a tour group. Car rentals are cheap in Croatia and the roads were fine. Further, the trails are all very clearly marked, so there is no need to pay, wait for, or get slowed down by a group tour/guide.